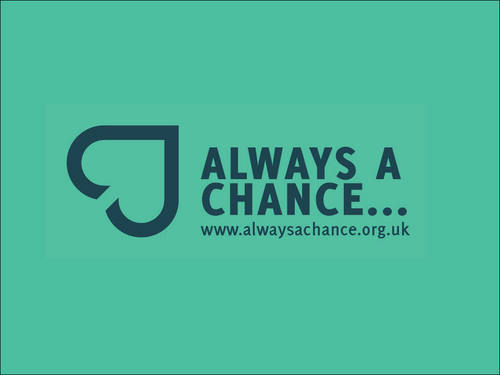 Always a Chance named as 2013 Charity of the year

Over the past two years The Wilde Group has been successful in their charity fundraising.  In 2010 we raised a remarkable £2,207.78 for the Northamptonshire & Warwickshire Air Ambulance, in 2011 we raised over £1,000.00 for Cynthia Spencer Hospice and in 2012 we raised £1,050.00, of the proceeds raised £250.00 will go to Brett Goldsmith’s Big Bike Ride charities, Alzheimer’s Society and Cynthia Spencer Hospice, and £800.00 will go to Sands, The Wilde Group 2012 named Charity of the year.

This year we have chosen the local charity Always a Chance, this charity was formed in memory of 2 young men, James Cooper and James Kouzaris of Northampton who were victims of a needless street crime whilst on holiday in Florida in  April 2011. The charity aims to fund educational and mentoring projects for 16-25 year old’s who are already young offenders or heading in that direction, to prevent needless violent crime and to offer them an alternative path through apprenticeships, training and community work.

Our dedicated charity coordinators Julie Mason and Linda Read will be organising various events throughout the year to raise as much as we can for our nominated charity of the year.